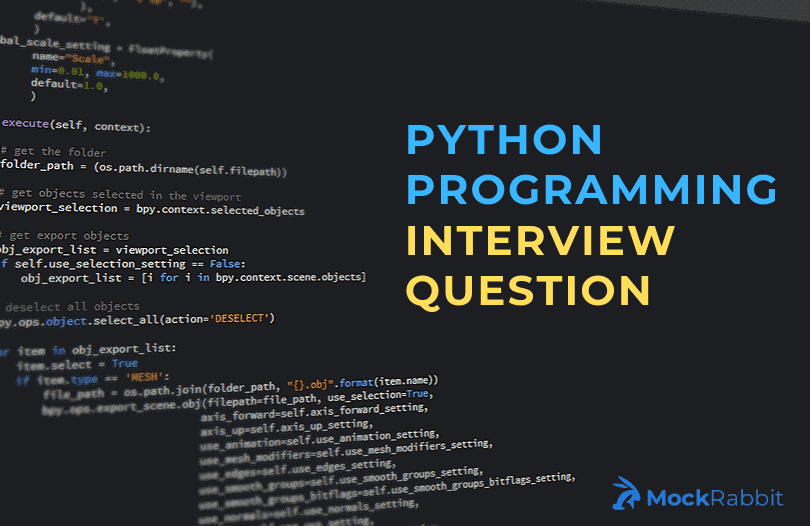 Python Programming can be easy to pick up whether you’re a first-time programmer or you have experienced in other languages. It is one of the most widely used programming languages. Despite being slow python is very popular, versatile, dynamic, interactive and remains one of the most relevant languages for the year 2019.

Python is developed under an OSI (open sources license) approved making it freely usable and distributable, even for commercial use. With a focus on code readability, the syntax in python helps the programmers to do coding in fewer steps as compared to Java or C++.

Is Python the Future of Programming language?

Based on an article published by makeuseof stating 6 key reasons, why is the programming language of the future? Covering all the major aspects like why python is popular, which are the big name companies using python programming. Yes, it true! Python is already used by some of the biggest names in tech. companies like Uber, PayPal, Google, Facebook, Intergram, Netflix, Dropbox, and Reddit all use python for their testing and development.

Machine Learning with Python, Python is well supported, Python is the language of education, and the last IT FREE. According to article  Machine learning as a skill is in greater demand every day. A good grasp of the Python programming language puts you a step ahead of others learning it from scratch

Why Machine learning with Python programming?

Let us first understand what is machine learning? its an application of artificial intelligence (AI) that provides systems with the ability to automatically learn and understand from experience not by explicitly programming.

According to one of the articles published by Medium on why Python is the most popular language used for machine learning. In that, they have explained that machine learning focuses on the development of computer programs that can access data and use it to understand and learn to form it. Python is very well known for its readability and less complexity and that makes this language easy to understand.

Why you should use Python Programming?

They update the index every month and these ratings are based on the number of skilled engineers world-wide, courses and third party vendors. these indexed and ratings is calculated by popular search engines such as google, bing, yahoo, Wikipedia, Amazon and youtube.

IEEE ranked python as the #1 programming language in 2018. based on the latest annual report by stack overflow, Python is among the top in-demand IT skills in 2019.

Here are the Top 5 reason to choose python

3.Compatible with major platforms and systems

Great!!, finally you made it to the end of the article… Wish you all the best for your Python Interview! We hope now you can crack any tough nut, Practice these question by taking a MOCK INTERVIEW FOR FREE